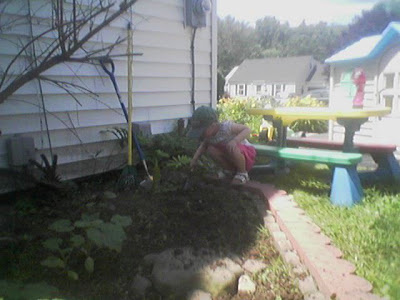 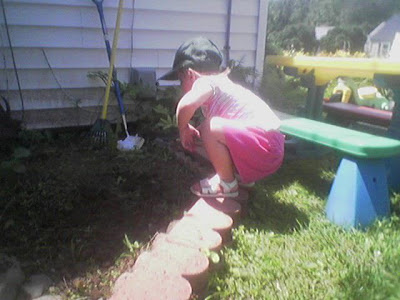 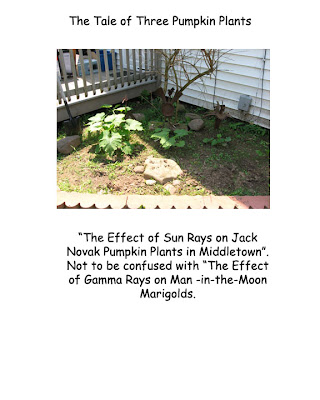 We'll have an idea of how old you are if you don't say, "What are you talking about?".
If you don't know, just google "The Effect of Gamma Rays on Man-in-the-Moon Marigolds.

I was given 3 pumpkin plants for our grand daughter to grow by our biology teacher whose garden club started them from seed using seeds from our band teacher's son Jack's pumpkin, thus the name Jack Novak Pumpkin Plants. They were all about the same size when they were planted and we don't have much space for a pumpkin patch so this was where they had to be planted. As you can see, the amount of sun light varies because of the corner of the house, which has drastically affected their growth rate. The pumpkin plants are kept company by some garden chickens and a rock turtle.
Posted by hattie at 5:46 AM