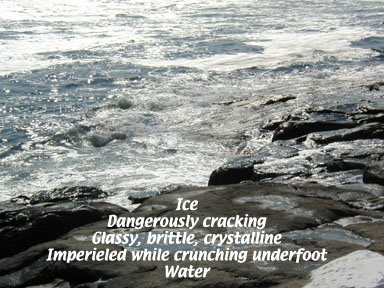 This cinquain was created to participate in my daughter's "seed" challenge, the seed being ice.
The photo was taken on the Maine coast in February.
Posted by hattie at 6:01 PM