What is Steampunk?
I had heard the term steampunk, but wasn't quite sure what is was.
According to an article in the Middletown Press, May 22, Joey Marsocci says,
"it is science meets Victorian, late 1800s meets technology."
Noel Coonce-Ewing says, "it's about taking technology and applying it to another time.
What is Steampunk Bizarre?
It was the same article that lead me to Steampunk Bizarre, An Art Show of Ingenious Gadgets and Curiosities. It featured work by two independent artists, Noel Coonce-Ewing and Silas Finch, as well as the work of Joey Marsocci's team at Steam Gear Labs, a prop and film production studio which has recently moved from California to Connecticut.
California's loss is certainly Middletown's gain.
I had the pleasure of meeting Joey, his wife Allison, and Noel this morning at the exhibit's last day. They were all very personable, sharing their stories and their art. Photography was permitted and Joey gave me permission to post my photos on my blog. So I am doing so hoping that it will entice you to visit his blog where the photography is much better than mine and the stories behind the artwork are revealed. It's worth a visit.
BEHIND THE STEAM
For information about the gallery visit
MAC650 ArtSpace 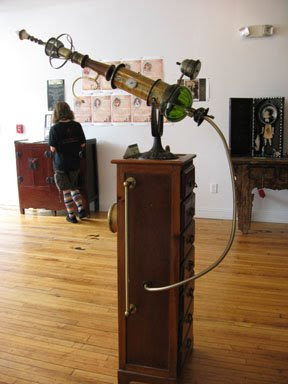 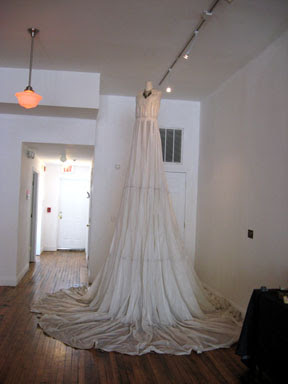 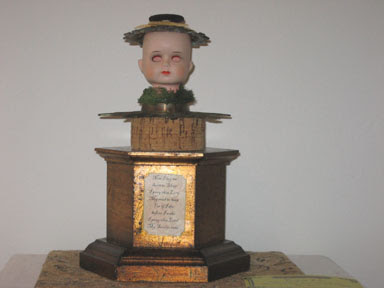 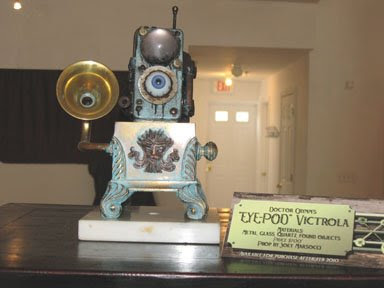 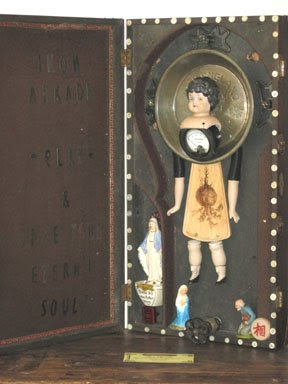 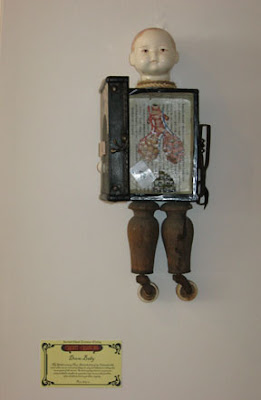 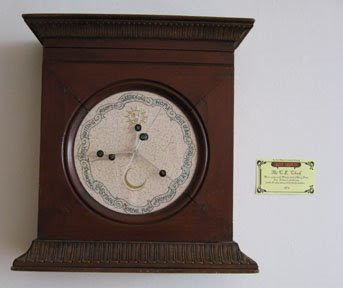 Clock which instead of telling time, tells what everyone in the famly is doing. 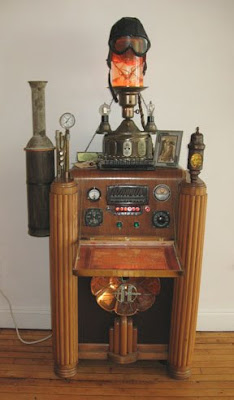