The Architect And The Builder

The Architect and The Builder
aka
Cami and Grammy

Cami had no school and was spending the day at Grammy's and Grampy's.
Never one to rest, Cami had a plan in mind to build a hamster house for her imaginary hamster.
To start she needed card board boxes, packing tape (to make clear windows), and scissors.  She designed and directed the building process as Grammy followed her instructions.  The original plan was to connect three boxes, but when that seemed to make the house too long, she decided that the third box would be a second story.  Then she determined that an elevator would be needed to get from the first to the second floor.  The elevator was designed and built, and an overhang and slide was added.  The house was finished by coloring with markers, the universe was drawn on the roof,  a welcome mat was drawn and a stone patio was made using circle stickers.  The second floor was decorated with flowers made from the circle stickers. 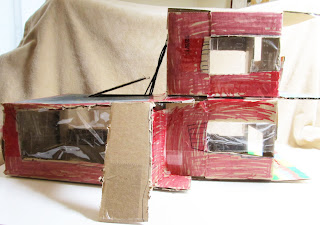 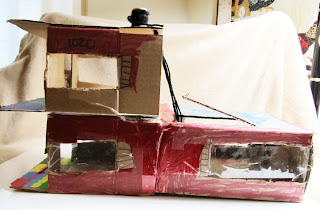 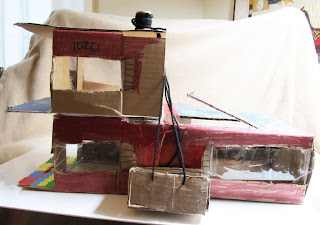 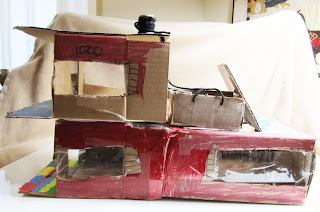 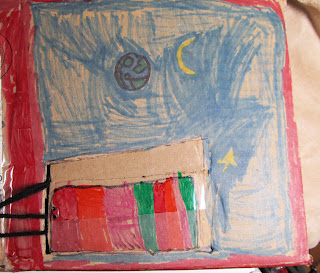 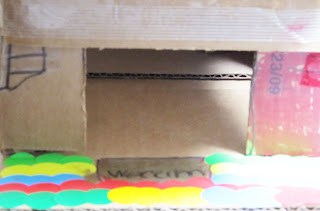 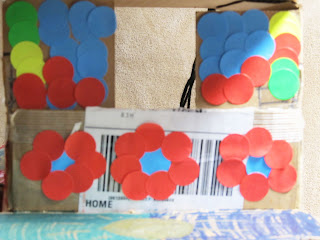 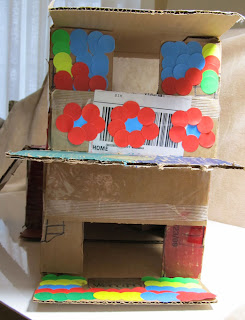